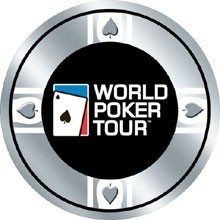 The thrill of going deep in an event with a huge prize cannot be matched, and amateurs are attracted to the fact that even non-pros can win big money. Sometimes a tournament will take place in which very few of these amateurs make it to the final table, though. The recent The Doyle Brunson Five Diamond World Poker Classic was an example of this.

One of the big name pros at the final table was former November Niner Soi Nguyen. Since making the Main Event final table in 2010, Nguyen has done very well and has had some huge scores in tournaments around the world.

Andrew Lichtenberger, who has had tons of success online was at the final table, as was PokerStars Pro Vanessa Selbst. Antonio Esfandiari, who won Five Diamond back in 2010, was yet another high profile player at this table. The only amateur was Vitor Coelho, the short stack.

James Dempsey was the sixth member of the final table. He hadn’t even planned on playing the tournament and was just in Vegas as a favor to his friend Chris Moorman. You will soon see that he took full advantage of this great opportunity, however!

Coelho laddered up one spot when Esfandiari got 3-outered to bust in 6th place. After this lucky ladder, Coelho got it in with 4bb and 88 but could not win a 3-way pot. He settled for 5th place.

It was 4-handed a while before Lichtenberger also lost all-in preflop with 88, this time heads-up against Nguyen’s 99. Selbst was the next to go when she got it in with K9 but unfortunately ran into Dempsey’s A9.

It was Dempsey and Nguyen heads-up, and the two pros were very deep stacked with over 100bb each. They played for over two hours heads-up and it looked like Nguyen might win after taking a big chip lead. But Dempsey knows the value of a chip and a chair, and he managed to mount an impressive comeback.

In the end Nguyen was unable to stop the comeback from completing, and he had to settle for a healthy 2nd place prize. Congratulations to Dempsey for becoming the latest Five Diamond World Poker Classic world champion!

You might have heard about Black Friday and the banning of Internet poker in America. The rest of the world isn’t having much trouble with poker popularity, however. This can be seen in the recently hosted WPT Prague, an event recently taking place in the Czech Republic.

WPT Prague’s participation exceeded expectations as the tournament broke the record for the most entries in a WPT event in Europe. Many think that Martin Staszko’s success in the WSOP Main Event this year inspired many people to try their hand at tournament poker. An impressive 571 people paid €3,500 to play WPT Prague.

The first elimination of the final table was that of Russell Carson, who goes by ‘rdcrsn’ online. He was the victim of an early lost coinflip, which ousted him in 6th place. Sigurd Eskelund followed him not too much later after losing a flip to Andrey Pateychuk.

The fourth place elimination didn’t come for some time as the remaining players traded chips back and forth for quite a while. Benjamin Pollak ended up the 4th place finisher, though, when he went all-in behind and couldn’t bad beat Adria Balaguer.

This is when Pateychuk started building his stack. He turned up the aggression both before and after the dinner break. He also had luck on his side, though, as he bad beated Stanislaw Kretz to eliminate him in 3rd place.

Pateychuk started the heads-up match with the chip lead, and he lost it briefly to Balaguer after losing with AK against J4s. That was as far as Balaguer’s luck would take him, however. Pateychuk found a suck out with A6 against AJ, and then he found another suck out with A5 against QQ.

Congratulations to Pateychuk for winning WPT Prague! It’s safe to say that he is running good right now for he has won two major titles in 45 days. Poker fans might also remember that earlier this year, he just missed making the WSOP Main Event final table.

Not everyone can be as successful as Pateychuk, but you can get pretty close with lots of online poker practice. If you’re just getting started, you’ll need to build a bankroll. Be sure to read our introduction to poker bonuses here.