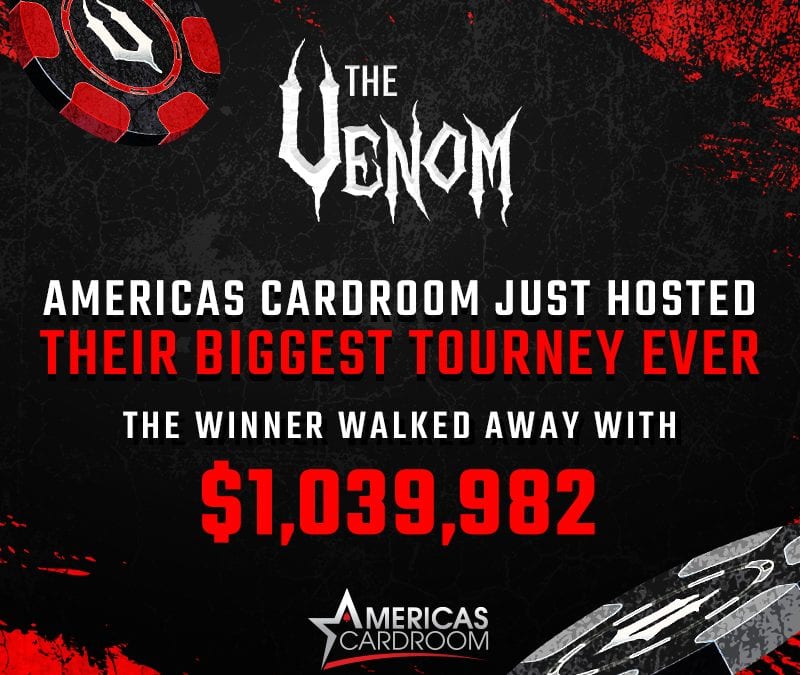 The hottest part of this past summer wasn’t the record-breaking temps across the country. It was the $5 Million GTD Venom tourney at Americas Cardroom. It finished with a $6,382,500 prize pool, exceeding all expectations.

Most other online poker sites would have slowed things down a bit, but not ACR. They just ran an even-bigger $6 Million Venom that ended December 11th.

The $6 Million Venom had a final prize pool of $6,740,000 and the winner galodoido13 is now a millionaire after pocketing $1,039,082. Remember each Venom tourney has a $1 Million guaranteed top prize. 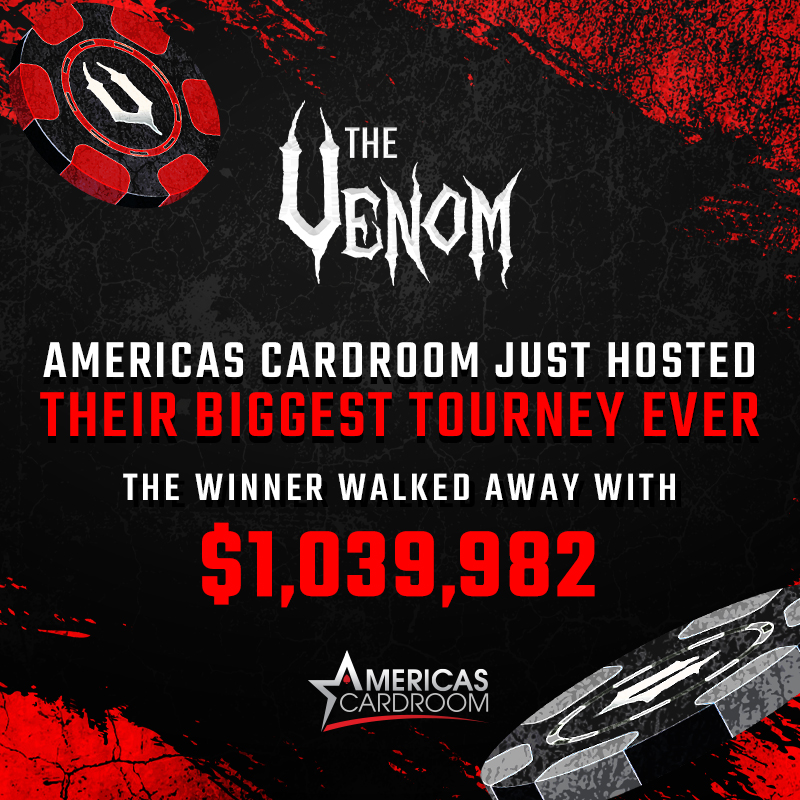 If you didn’t play in the Venom, then we hope you have a good excuse! But seriously, you don’t have to worry as the next Venom is just six months away (beginning June 2020). It will then run every six months going forward.

The Venom will continue to have several different Day 1’s to choose from. The $6 Million Venom had four of them, so almost all players who wanted to could participate.

Each Venom comes with a $2,650 buy-in, which is pretty steep. However, you’ll once again be able to qualify for far less via Satellites, Step Tournaments, Skip Tournaments and Spin to Get IN.

Keep to going to Americas Cardroom each week for all the latest Venom info.

Sign up to Americas Cardroom and play in the next Venom!

Read our review of Americas Cardroom at https://gpsts.org/americas-cardroom-bonus-code-review/.