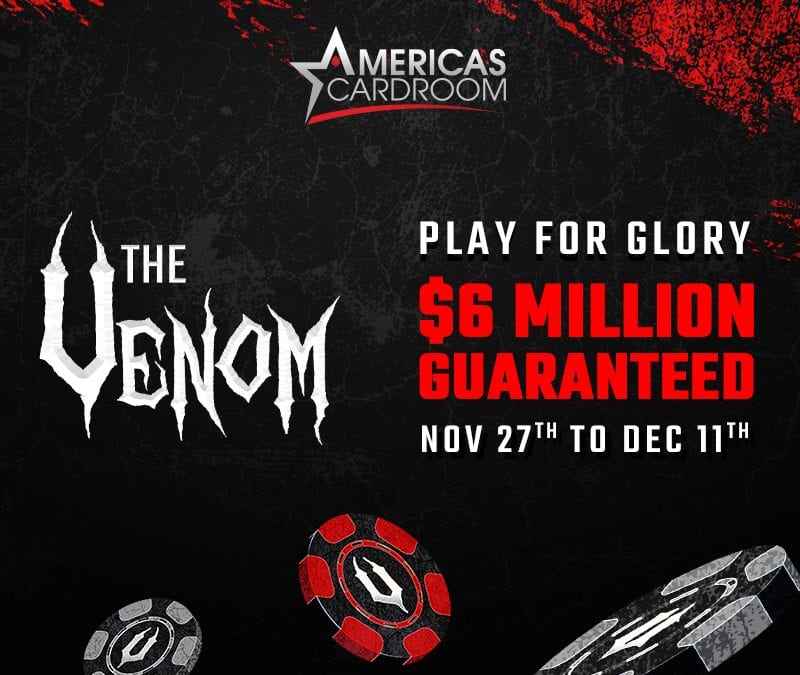 The Venom has four separate Day 1 options, with players moving on to Day 2 upon completion. The tournament will close on Wednesday, December 11th when the winner will be crowned. It’s pretty obvious that December 11th will be one of the biggest and brightest days in online poker history. 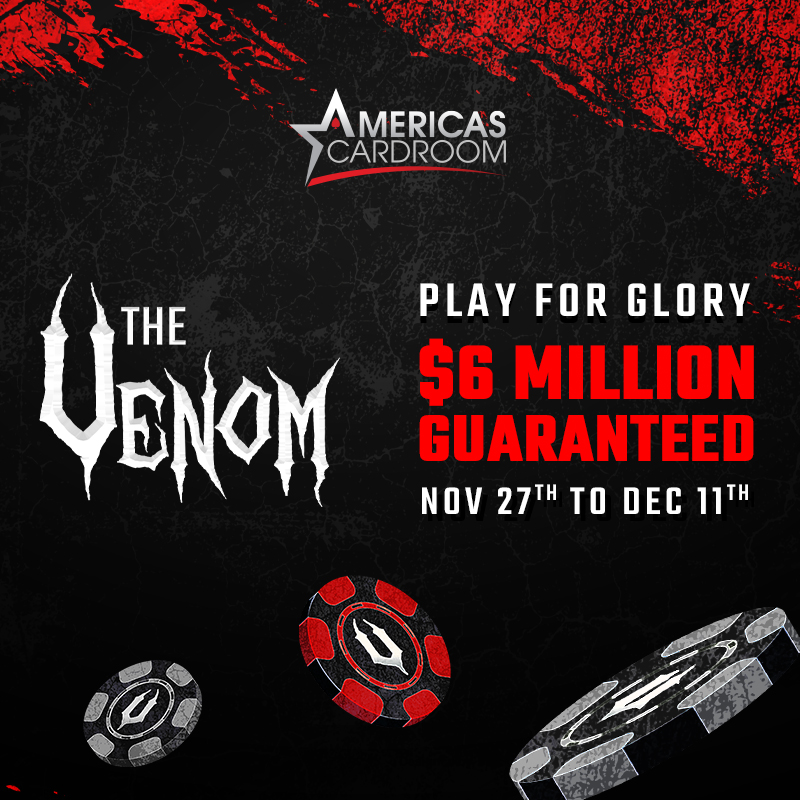 ACR’s Step Tournaments begin with a buy-in of zero – zip, zilch, nothing. That’s right, you can earn your $2,650 Venom seat for free. Cyclones, which were introduced November 14th, are a novel way to win a seat, so check out the website and see how they work.

Don’t forget about ACR’s Online Super Series (OSS), either. It’s running through December 15th and has $12 Million in total guarantees to be awarded. That includes the money from Venom, which is the Featured Event of the series. The OSS has two separate $1,000,000 GTD events and one of these even has a massive 13 Day 1 options!

Take a look at Americas Cardroom for all the details on the Online Super Series and $6 Million Venom.

Join Americas Cardroom and play in the $6 Million Venom tournament!

Read our full review of the Americas Cardroom promo code offer at https://gpsts.org/americas-cardroom-bonus-code-review/.