Poker a Game of Skill Part 2 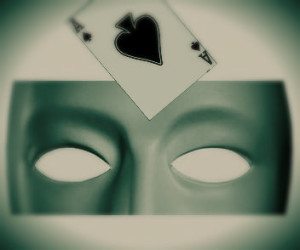 …Continued from Poker a Game of Skill…

But first, I would like to address the legal definition of predominance. I have heard said may times that predominance is not clearly defined, in a legal sense. I find this nonsensical. If we are testing the predominance of two things and one of those things is determined to be 60% and the other 40% of an outcome, then it makes no sense to say that the thing that is 40% is predominant over the thing that is 60%. Therefore, as long we can prove that skill is 51% over chance in determining the outcomes of poker hands, we should satisfy the legal test of predominance.

To make my argument clear, I would like invent a new, bastardized version of hold ’em. This game we will call Luck Hold ‘Em. I would like to make it clear that this is not a legitimate version of poker, as all forms of poker have betting and folding as integral parts of the game. Luck Hold ‘Em, is played very much like the casino came Baccarat. Nine players sit down at the table and bet an equal amount. Once the betting is complete, the dealer will deal each player a two card hold ’em hand. It doesn’t matter whether these cards are dealt up or down as there will be no skill element applied to determining the winner. The dealer will then produce the flop of 3 community cards, followed by the 4th up card and the final (5th) community card. The dealer, will then, look at all nine hands and determine, using standard poker hand rankings, who wins the pot.

Clearly, this is a game of pure chance. The only thing that determines the outcome is the cards. And there can be no skill elements applied to influencing either the cards or the outcomes they produce. Within the game of Luck Hold ‘Em, the winner of each hand, can be referred to as the “Luckiest Hand” . I will use this term later in this document when looking at regular poker outcomes. It will refer to the hand that would have if we were playing Luck Hold ‘Em.

In regular poker, there are two basic ways to win a hand of poker. The first is to be the last player left in the hand. If at any time during a hand, all the players, but one, have folded their cards, the pot will be awarded to the one remaining player. The other way a player can win is by having the best hand of the remaining players once the betting is complete and all the cards have been dealt. This is called winning at showdown and only happens if two or more players are still in at the conclusion of the hand. Please note, that in Luck Hold ‘Em, since there can be no folding, a player only wins a hand by having the best cards, of the nine remaining players, during the showdown portion of the pot.

Let’s first look at hands that are determined without a showdown. Our data shows that overall, approximately 60% (actual numbers will be generated) of all online poker hands played for real-money end because all the players, except for the winner, folded their cards. The pot is then awarded to that player for one reason and one reason only; the skill elements as applied by the players in the hand led to an outcome where only one player stayed in thus producing a winner. Each player who lost the hand decided to apply the skill element of folding to eliminate themselves from the hand. And, the winner decided to apply the skill elements of calling and betting to influence his opponents to fold their cards, which resulted in the pot being awarded to him. At no time were cards compared to determine a winner.

Can the cards influence the betting? Certainly. But, it is the bets themselves that actually determine the outcome of a hand that does result in a showdown. A lot of factors lead different players to do different things in the same situation. A player’s experience, mood, reading ability, his cards, and his stack size are just some of the many factors that can influence betting. But, since an opponent’s cards are not shown during the betting, all a player is really doing is trying to interpret an opponent’s bets to figure out what that player has. That betting can be influenced by what he actually has, or he could be bluffing. The fact remains that if a player is still in a hand, he can choose what action to take. And any of those actions could either lead to winning or losing the hand. To say that a certain card hitting the flop caused a player to either call or fold is complete hearsay. That the player still had complete control over his betting. There is no random element that makes a player bet or fold. But it is those bets and folds that usually lead to a clear winner with no cards being shown.

The beauty of the game is any hand can win under the right circumstances. This is a clear distinction from gambling games like sports betting and casino games. The outcome of those games is almost always a definitive result produced by a final score or the conclusion of a random chance event. The winner is determined by who correctly predicted the right outcome.

Click here to read Poker a Game of Skill Conclusion.